The massive building at 350 East Cermak Road in Chicago is one of the biggest carrier hotels in the world. The site is an unusual confluence of two Interconnection ecosystems, Internet Exchange and Financial Exchange. The two ecosystems create significant demand for space in the building and therefore available colocation space is limited and pricing is higher.

350 Ceremak is served by an industrial strength infrastructure that includes four fiber vaults and three electric power feeds that provide more than 100 megawatts of energy. The building is currently the second-largest power customer for Commonwealth Edison, trailing only Chicago’s O’Hare Airport. More than 50 generators throughout the building and multiple 30,000-gallon tanks of diesel fuel support grid power and keep it running through the most adverse conditions. The building's Meet-Me Room is on the 2nd floor (formerly operated by Telx before the DRT acquisition.) Other datacenters in the building are listed in the table below.

350 Cermak is as popular as it is large. The Chicago Fintech and Internet Interconnection all want space in a building that is near capacity. Over the years plans have been put forward to build a data center nearby, but none has come to fruition.

Originally the building was a printing plant for R.R. Donnelley & Sons Co. Built in 1912 was formerly known as the Lakeside Press building. It was designated a Chicago Landmark in 2004. 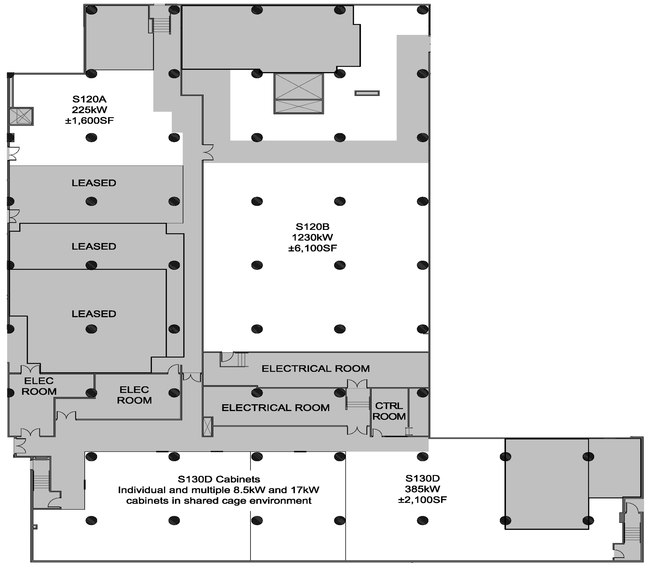 Digital Realty Trust has closed its acquisition of Interxion. Interxion was one of the largest independent colocation providers in Europe. It was a smart pick up by Digital. The Interxion portfolio includes many densely interconnected buildings which will include Frankfurt, Madrid, Vienna, Ams...

Digital Realty, a global provider of data center, colocation and interconnection solutions and an IBM Business Partner, announced today it will expand dedicated, private access to the IBM Cloud in 15 major metropolitan areas around the world. These on-ramps help ensure efficient and secure access...

Digital Realty is in talks about buying Ascenty, which operates eight data centres in Brazil and is planning six more. A still unconfirmed report says that Digital Realty is talking to Great Hill Partners, the private-equity owner of Ascenty. None of the partners are commenting on the report f...